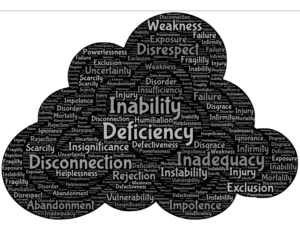 Approximately one-third to one-half of patients with generalized Social Anxiety Disorder (SAD) do not experience adequate clinical benefit from current evidence-based treatment for SAD. This includes treatment with conventional approaches such as selective serotonin reuptake inhibitors (SSRIs) or venlafaxine and cognitive behavioral therapy (CBT). Failure of anxiety relief in patients with SAD is a source of substantial morbidity, distress, and decreases in quality of life.

Feelings of shyness or discomfort in certain situations aren’t necessarily signs of social anxiety disorder, particularly in children. Comfort levels in social situations vary, depending on the individual’s personality traits and life experiences. Some people are naturally reserved and others are more outgoing.
In contrast to everyday nervousness, social anxiety disorder includes fear, anxiety and avoidance that interferes with your daily routine, work, school or other activities.

Signs and symptoms of social anxiety disorder can include persistent:
• Fear of situations in which you may be judged
• Worrying about embarrassing or humiliating yourself
• Concern that you’ll offend someone
• Intense fear of interacting or talking with strangers
• Fear that others will notice that you look anxious

• Fear of physical symptoms that may cause you embarrassment, such as blushing, sweating, trembling or having a shaky voice
• Avoiding doing things or speaking to people out of fear of embarrassment
• Avoiding situations where you might be the center of attention
• Having anxiety in anticipation of a feared activity or event
• Spending time after a social situation analyzing your performance and identifying flaws in your interactions
• Expecting the worst possible consequences from a negative experience during a social situation

For children, anxiety about interacting with adults or peers may be shown by crying, having temper tantrums, clinging to parents or refusing to speak in social situations.
Performance type of social anxiety disorder is when you experience intense fear and anxiety only during speaking or performing in public, but not in other types of social situations.

Physical signs and symptoms can sometimes accompany social anxiety disorder and may include:
• Fast heartbeat
• Upset stomach or nausea
• Trouble catching your breath
• Dizziness or lightheadedness
• Confusion or feeling “out of body”
• Diarrhea
• Muscle tension

Common, everyday experiences that may be hard to endure when you have social anxiety disorder include, for example:
• Using a public restroom
• Interacting with strangers
• Eating in front of others
• Making eye contact
• Initiating conversations
• Dating
• Attending parties or social gatherings
• Going to work or school
• Entering a room in which people are already seated
• Returning items to a store
Social anxiety disorder symptoms can change over time. They may flare up if you’re facing a lot of stress or demands. Although avoiding anxiety-producing situations may make you feel better in the short term, your anxiety is likely to persist over the long term if you don’t get treatment.

Converging lines of evidence from neuroimaging and pharmacological studies support the importance of glutamate abnormalities in the pathogenesis of SAD. In a previously conducted clinical study, an elevated glutamate to creatinine ratio was found in the anterior cingulate cortex of SAD patients when compared to healthy controls. Elevated brain glutamine levels have also been demonstrated in patients with SAD. Moreover, nonclinical rodent studies have established a strong link between glutamate regulation and anxiety.

Ketamine is a potent antagonist of the N-methyl-D-aspartate (NMDA) receptor, a major type of glutamate receptor in the brain. Ketamine is routinely used for anesthetic induction because of its dissociative properties. However in research studies and in some physician accounts of off-label clinical use, ketamine is an effective treatment for reducing symptoms of depressive and anxiety disorders. In multiple controlled clinical studies, ketamine has produced a rapid antidepressant effect in unipolar and bipolar depression. Ketamine’s anti-depressant effects peak 1-3 days following infusion and is observed long after ketamine has been metabolized and excreted by the body and after ketamine’s sedative and dissociative effects have dissipated.

The results of several clinical studies suggest that ketamine may also have significant anxiolytic effects. Patients with major depressive disorder given a single ketamine infusion have shown strong and significant reductions in comorbid anxiety symptoms. A trial including 11 depressed patients demonstrated a significant reduction in anxiety symptoms (Hamilton Anxiety Rating Scale (HAM-A)) following ketamine infusion. This improvement is supported by one of the earlier placebo-controlled trials of ketamine which demonstrated that the psychic anxiety item was one of 4 (out of 21) items on the Hamilton Depression Rating Scale (HAM-D) demonstrating significant improvement after ketamine infusion.