IV Ketamine “most important breakthrough in antidepressant treatment in decades” 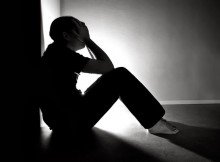 It’s been more than two years now since the former director of the National Institute of Mental Health wrote about the use of intravenous ketamine for the treatment of mental disorders.  He wrote that “ketamine, given intravenously, might be the most important breakthrough in antidepressant treatment in decades.”  Since then, much progress has been made.  New uses for ketamine are being reported regularly–from treating chronic lyme to pain related to multiple sclerosis.  More importantly, numerous industry-sponsored clinical trials are underway to establish ketamine as a safe and effective drug product for many types of diseases.

Still, the most evidence lies with its ability to rapidly produce antidepressant effects.  Not only do current antidepressant options not work for many patients but they require weeks to have an effect.  This is not the case for ketamine.  Several studies demonstrate that ketamine reduces depression within six hours, with effects that are equal to or greater than the effects of six weeks of treatment with other antidepressant medications. The shift from six weeks to six hours has already transformed what we could and should expect of antidepressant treatments.

Moreover, ketamine’s effects have been noted in people with treatment-resistant depression. Most of the studies to date have tested ketamine in people for whom other treatments were not effective, including both medications and psychotherapy. This promises a new option for people with some of the most disabling and chronic forms of depression, whether classified as major depressive disorder or bipolar depression.

If you or someone that you know has depression and wants to know if ketamine may be able to help, make an appointment with Dr. Ashraf Hanna at the Florida Spine Institute.  Dr. Hanna is a trained anesthesiologist and has administered intravenous ketamine to thousands of patients with positive outcomes. Don’t take our work for it, listen to what his patients have said here.