Ketamine: A Promising Novel Therapy for Anxiety and PTSD 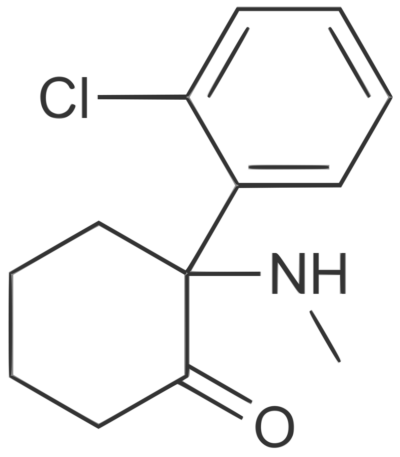 Ketamine was originally approved by the US Food and Drug Administration (FDA) as an anesthetic, but is increasingly being used to treat mood disorders, such as treatment-resistant depression, anxiety disorders, and post-traumatic stress disorder (PTSD).1,2 Several studies have also found it to be effective for treating suicidal ideation.3,4

“Ketamine can play an important role in the treatment of anxiety disorders,” according to Prakash Masand, MD, co-founder, chairman, and CEO of Centers of Psychiatric Excellence (COPE) (https://www.copepsychiatry.com) and adjunct professor at the Academic Medicine Education Institute, Duke-National University of Singapore Medical School (Duke-NUS).

However, between 30% and 40% of these patients will not achieve remission, despite 3 or 4 different traditional agents, and even with evidence-based nonpharmacologic therapies, such as cognitive behavioral therapy (CBT) or mentalization-based therapy (MBT), he noted.

“No good current strategies are available for these non-responders, so novel agents are being studied — including ketamine, which is accumulating an evidence base as [being] rapidly effective for an array of anxiety disorders, including social anxiety disorder (SAD) and PTSD,” he said.

How Does Ketamine Work?

A growing body of evidence points to the role of glutamate, a widely distributed excitatory neurotransmitter, in mediating response to stress and the formation of traumatic memories.2 Ketamine is an ionotropic glutamatergic N-methyl-d-aspartate (NMDA) receptor antagonist. Its antidepressant and anti-anxiety effects are presumed to occur through activating synaptic plasticity by increasing brain-derived neutrophic factor translation and secretion and also by inhibiting glycogen synthase kinase-3 and activating mammalian target of rapamycin signaling.5

Brain-derived neutrophic factor plays a role in behavioral responses to classical antidepressants, but the impact on synaptic plasticity may take several weeks to manifest. In contrast, ketamine-mediated synaptic plasticity changes appear to occur within a matter of hours after ketamine administration.5

“The current thinking is that eventually, 6 to 12 weeks after initiating treatment with traditional antidepressants, dendritic growth and increased synaptic connections occur but with ketamine, these can occur within 24 hours of the infusion,” Dr Masand said.

Ketamine and Anxiety: An Increasing Evidence Base

“Ketamine has been studied and shown [to be] effective with an array of anxiety disorders, including SAD, general anxiety disorder (GAD), and PTSD, although the data on its effectiveness in OCD are more mixed,” Dr Masand observed.

“What is interesting about this study is that the impact of just one infusion lasted for 14 weeks, suggesting that patient[s] with anxiety disorders might have longer maintenance of response than patients with major depression, where the response has been maintained for only one week,” Dr Masand commented.

In PTSD, there is “mounting evidence for a role of the excitatory neurotransmitter glutamate in stress responsiveness, the formation of traumatic memories, and the pathophysiology of PTSD, raising the possibility of identifying novel glutamatergic interventions for this disorder.”12

The main concern regarding the use of ketamine for anxiety disorders is the lack of a road map regarding maintenance, Dr Masand noted.

“At COPE, we have found that roughly 30% to 40% of our patients being treated with ketamine require maintenance infusions, and we highly personalize this approach so that patients can identify early signs of recurrence or relapse and we can devise a treatment schedule to prevent them,” he said.

Some patients continue treatment with pharmacotherapy, including standard antidepressants, benzodiazepines, or a mood stabilizer such as valproate and some patients become more receptive to psychotherapies such as CBT,” he stated.

However, “there is very little data regarding what happens long-term in this patient population.”

“Most side effects are mild and transient,” Dr Masand reported. “Patients must be monitored because of potential increases in blood pressure and pulse.”

Additional adverse events include nausea or vomiting, which are also mild and transient. Patients may be pre-treated with prophylactic anti-nausea medication, such as ondansetron, to pre-empt these symptoms, he said.

Some patients experience dissociation, or an out-of-body experience, which is also usually transient but seen by some patients as “annoying,” he noted. “Dissociative experiences are sometimes seen as a biomarker for insufficient response and suggest that the dose should be increased.”

Providers should be aware that cystitis and lower urinary tract pathologies (eg, detrusor over-activity) have been reported in long-term ketamine users, but typically only at high doses.16

Ketamine’s psychedelic effects make it a” popular recreational drug.”16 At lower doses, the predominant effects are stimulating, and users experience mild dissociation with hallucinations and a distortion of time and space. However, higher doses can induce more severe, schizophrenia-like symptoms and perceptions.16 Although these effects resolve rapidly, long-term use “can cause more pronounced and persistent neuropsychiatric symptoms. For this reason, ketamine should be “used cautiously with other drugs that alter mood and perception, including alcohol, opioids, benzodiazepines and cannabis.”16

“Ketamine for treatment-resistant depression has a robust evidence base and a rapidly-growing evidence base for its use in anxiety disorders,” Dr Masand said.

“Given the gaps in current treatment, this promising agent is occupying a more promising role in treatment of anxiety disorders, such as PTSD. Considering how common PTSD is, ketamine can make an important difference for a large number of people who suffer from this debilitating condition,” he concluded.