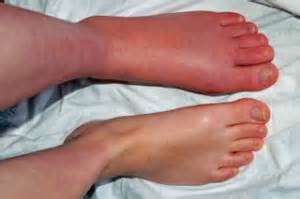 How is CRPS treated?

The following therapies are often used:

Rehabilitation therapy. An exercise program to keep the painful limb or body part moving can improve blood flow and lessen the circulatory symptoms. Additionally, exercise can help improve the affected limb’s flexibility, strength, and function. Rehabilitating the affected limb also can help to prevent or reverse the secondary brain changes that are associated with chronic pain. Occupational therapy can help the individual learn new ways to work and perform daily tasks.

Psychotherapy. CRPS and other painful and disabling conditions often are associated with profound psychological symptoms for affected individuals and their families. People with CRPS may develop depression, anxiety, or post-traumatic stress disorder, all of which heighten the perception of pain and make rehabilitation efforts more difficult. Treating these secondary conditions is important for helping people cope and recover from CRPS.

Medications. Several different classes of medication have been shown to be effective for CRPS, particularly when used early in the course of the disease. No drug is approved by the U.S. Food and Drug Administration specifically for CRPS. No single drug or combination of drugs is guaranteed to be effective in every person. Drugs to treat CRPS include:

All drugs or combination of drugs can have various side effects such as drowsiness, dizziness, increased heartbeat, and impaired memory. Inform a healthcare professional of any changes once drug therapy begins.

Surgical sympathectomy. The use of this operation that destroys some of the nerves is controversial. Some experts think it is unwarranted and makes CRPS worse; others report a favorable outcome. Sympathectomy should be used only in individuals whose pain is dramatically relieved (although temporarily) by sympathetic nerve blocks. It also can reduce excess sweating.

Spinal cord stimulation. Placing stimulating electrodes through a needle into the spine near the spinal cord provides a tingling sensation in the painful area. Typically the electrode is placed temporarily for a few days to assess whether stimulation will be helpful. Minor surgery is required to implant all the parts under the skin on the torso. Once implanted, the stimulator can be turned on and off, and adjusted using an external controller. Data shows that about one-fourth of individuals develop equipment problems that may require additional surgeries.

Other types of neural stimulation.Neurostimulation can be delivered at other locations along the pain pathway, not only at the spinal cord. These include near injured nerves (peripheral nerve stimulators), outside the membranes of the brain (motor cortex stimulation with dural electrodes), and within the parts of the brain that control pain (deep brain stimulation). A recent option involves the use of magnetic currents applied externally to the brain (called repetitive Transcranial Magnetic Stimulation, or rTMS). The advantage is that no surgery is required; the disadvantage is need for repeated treatment sessions.

Intrathecal drug pumps. These devices pump pain-relieving medications directly into the fluid that bathes the spinal cord, typically opioids and local anesthetic agents such as clonidine and baclofen. The advantage is that pain-signaling targets in the spinal cord can be reached using doses far lower than those required for oral administration, which decreases side effects and increases drug effectiveness. There are no studies that show benefit specifically for CRPS.

Emerging treatments for CRPS include:

For a very detailed research article regarding IV Ketamine Infusion Therapy, click the link below:

Analgesic Response to Intravenous Ketamine Is Linked to a Circulating microRNA Signature in Female Patients With Complex Regional Pain Syndrome.

Pain relief is associated with improvement in motor function in complex regional pain syndrome type 1: secondary analysis of a placebo-controlled study on the effects of ketamine.

Lizzy, Dr. Hanna’s patient had been diagnosed with CRPS / RSD in 2013 after a tetanus injection. Her symptoms were so severe, she couldn’t walk and could not perform everyday functions. Dr. Hanna began IV Ketamine treatments for Lizzy and within a few sessions, she was able to walk and is on her way to full remission.

After a car accident left Nancy Cotterman with a badly broken foot, she was diagnosed in 1998 with CRPS / RSD. Nancy was a pioneer in the IV Ketamine Infusion Treatment for CRPS / RSD pain. Nancy is now a patient of Dr. Ashraf Hanna and has had tremendous success with her treatments at the Florida Spine Institute in Clearwater, Florida.

Ashley Houston has full body CRPS, and had severe chronic pain and was bedridden. After receiving IV Ketamine Infusion therapy, she had a miraculous recovery and was able to walk and drive again.

An on-the-job injury in 2012 resulted in Laura Tramo’s right arm becoming unusable due to severe pain and muscle atrophy. She was diagnosed with CRPS / RSD and first tried heavy doses of pain medication. When the pain level did not decrease and the pain meds made her nauseous, she looked for a better treatment option. After meeting with Dr. Ashraf Hanna, she began IV Ketamine Infusion therapy, with incredible results!

Gabriel was found in a coma after having an adverse reaction to his medication. The coma left him with severe complications, resulting in a stroke. He was then diagnosed with CRPS / RSD and depression. He is now being treated by Dr. Ashraf Hanna with IV Ketamine Infusions and has had incredible results at Florida Spine Institute in Clearwater, Florida.

Karen Schoenberg discusses her CRPS / RSD pain management treatment and overall experience with Dr. Hanna of Florida Spine Institute. Karen was diagnosed with CRPS / RSD and had serious, chronic pain for 4.5 years and could not get any relief. Dr. Hanna suggested IV Ketamine Infusion therapy, and after treatment, Karen’s pain took a dramatic turn and is now on the way to full remission.

Sherry Johnson, Dr. Ashraf Hanna’s patient, suffered from severe CRPS/RSD for years. The pain was so intense, she was bedridden. After beginning IV Ketamine Infusion Therapy at the Florida Spine Institute with Dr. Hanna, her pain is reduced and she now has her quality of life back.

Natalia, Dr. Hanna’s patient, had been diagnosed with CRPS / RSD after an injury to her wrist. Her symptoms included chronic pain and multiple flare-ups in other parts of her body. Natalia began IV Ketamine treatments with Dr. Hanna and after a few sessions, the pain was completely removed.

Getting Started is Easy

Call us to answer any questions you may have regarding Ketamine treatments.

We will get your appointment scheduled right away!

Come in for your first Ketamine treatment and start living life again.

Ketamine has a very safe track record and has been in use since the 1970s. Ketamine causes very little depression of a patient’s respiratory drive, which is why is has been attractive as an anesthetic agent in the military and in developing countries.

Who will oversee my infusions?

Our highly trained nurse practitioners or physician assistants will oversee your infusions and will monitor your vital signs through the process.

What safe practices are in place at IVKetamine.com?

Even though Ketamine has a very high safety profile, all patients are placed on cardiac monitoring and pulse oxygenation monitoring. IVKetamine.com sets the standard for patient safety

Will my infusions take place in a private setting?

At IVKetamine.com, each patient receives an infusion in a private room with observation by trained staff.