Ketamine is not a new drug. It has been used for five decades in human and veterinarian medicine. Ketamine is an anesthetic drug that was introduced into clinical practice in 1970.  At anesthetic doses it results in a complete loss of consciousness while preserving certain protective reflexes. That has made it attractive to anesthesiologists in selective patients. While it does stimulate opiate receptors, much like morphine, its NMDA receptor antagonism at subanesthetic doses is thought to be much more important in the treatment of chronic pain and psychiatric disorders. Blocking the NMDA receptor and preventing the passage of ions through the channel interrupts pain signal transduction, giving central pain centers a chance to “reboot”. This often requires that a patient undergo a series of low dose ketamine infusions for dramatic or complete elimination of their chronic pain. Ketamine infusions have been most often used when other treatment modalities have failed. Certain types of pain considered to be “neuropathic” in origin have been most studied and are considered to be most responsive to ketamine therapy.

The primary and most well known pharmacological action of ketamine is NMDA antagonism.  This is the main rationale for the use of ketamine infusions to treat chronic pain and psychiatric conditions that are not responsive to conventional therapeutic options.  Many studies have shown increased NMDA expression and activity in animal models of chronic pain. Further, subsequent studies have shown that NMDA antagonism is useful in these same models of chronic pain.  The most studied of these NMDA antagonists is ketamine and is the subject of many current CRPS research endeavors. Ketamine exhibits extensive polypharmacology that has yet to be fully understood in the context of CRPS. This has led some to regard the drug as “a pharmacologist’s nightmare” because there is not one clear defining mechanism of action. However, we believe that the multiple pharmacological actions of ketamine may produce an “entourage effect” that is uniquely beneficial for the management of many treatment-resistant psychiatric conditions, CRPS and other pain conditions that are refractory to opiate therapy or in patients where opiate narcotics are contraindicated.

At the Florida Spine Institute, treatment protocols are individually planned depending on the nature of your pain and your responsiveness to initial sessions. Infusion cocktails are prepared in house so that they can be tailored to each patient’s therapeutic needs.  A variety of medications are often used:

These medications are typically mixed with saline in an IV bag and infused slowly over several hours, depending on the medication and/or protocol being used.  Usually, a series of treatments will be recommended daily for a period of a week or more. The duration of pain relief following one or more ketamine infusions cannot be predicted. The goal is to achieve lasting relief as measured in weeks or months following the last treatment. Most patients who enjoy prolonged pain relief will need to return on occasion for a booster infusion, or continue to take low dose intranasal ketamine at home.

Ketamine infusion therapy is generally well tolerated and, as such, very few patients need to terminate treatment due of side effects. Still, ketamine is a derivative of phencyclidine (PCP) a known psychedelic and if not combined with sedation can cause hallucinations in many patients. You will be given a benzodiazepine to control this dysphoria. Other possible side effects include nausea and rarely a headache. These side effects can also be managed and often eliminated during the infusion therapy. Following the completion of a daily infusion regimen, patients are usually tired for several hours and need to be accompanied home by a responsible adult. We have yet to observe any long-term side effects that can be attributed to low dose intravenous ketamine therapy. Furthermore, ketamine is not highly addictive like more common FDA approved analgesics like opioids.

Karen Mullins was diagnosed with Fibromyalgia after a car accident left her in severe chronic pain. Karen was one of the first patients in Dr. Hanna’s clinical study for Fibromyalgia pain utilizing IV Ketamine Infusion Therapy. Her results are extremely positive and she now has a much better quality of life. 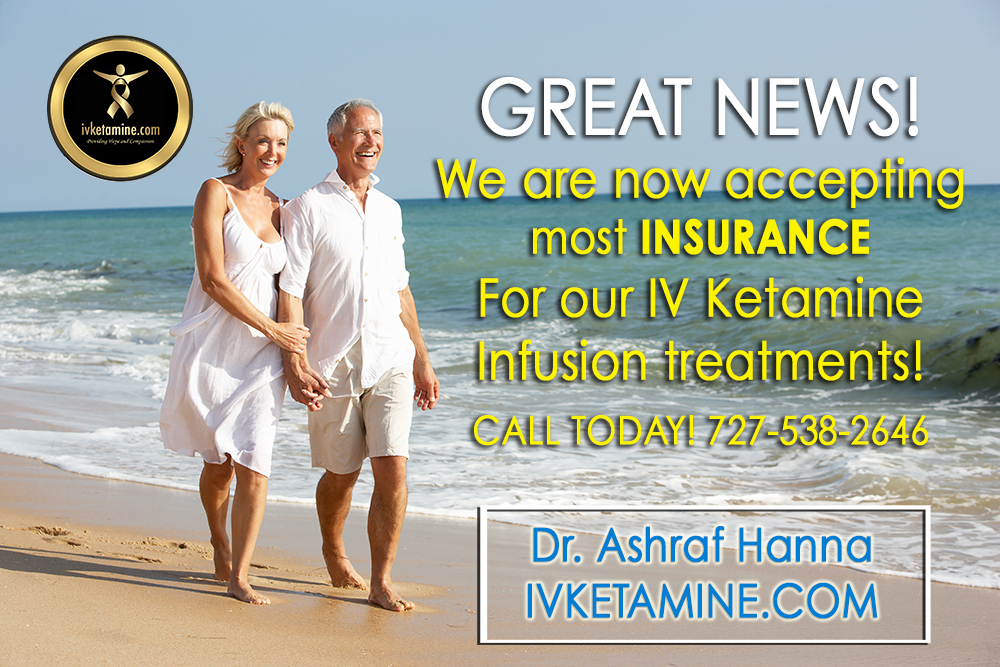