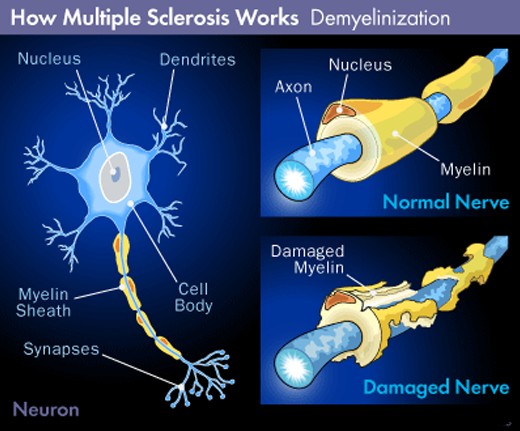 Multiple sclerosis (MS) involves an immune-mediated process in which an abnormal response of the body’s immune system is directed against the central nervous system (CNS), which is made up of the brain, spinal cord and optic nerves. The exact antigen — or target that the immune cells are sensitized to attack — remains unknown, which is why MS is considered by many experts to be “immune-mediated” rather than “autoimmune.”

MS symptoms are variable and unpredictable. No two people have exactly the same symptoms, and each person’s symptoms can change or fluctuate over time. One person might experience only one or two of the possible symptoms while another person experiences many more.