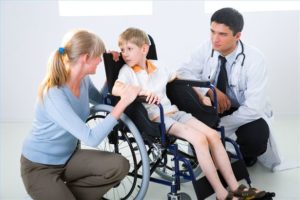 Muscular Dystrophy (MD) is a group of inherited diseases in which the muscles that control movement (called voluntary muscles) progressively weaken. In some forms of this disease, the heart and other organs are also affected.

There are nine major forms of muscular dystrophy:

Muscular dystrophy can appear in infancy up to middle age or later, and its form and severity are determined in part by the age at which it occurs. Some types of muscular dystrophy affect only males; some people with MD enjoy a normal life span with mild symptoms that progress very slowly; others experience swift and severe muscle weakness and wasting, dying in their late teens to early 20s.

The various types of MD affect more than 50,000 Americans. Through advances in medical care, children with muscular dystrophy are living longer than ever before.

The Major Forms of Muscular Dystrophy