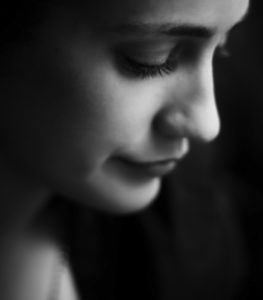 What is Stiff Person Syndrome (SPS)?

Stiff Person Syndrome (SPS) is a rare neurological disorder with autoimmune features which was first described in the medical literature in 1956 by Dr. Frederick Moersch and Dr. Henry Woltman, while working at the Mayo Clinic in Minnesota.

What are the most common symptoms of SPS?

The most common symptoms of SPS are muscle rigidity, stiffness and spasms in the muscles of the trunk including the back and limbs.

Who is most likely to get SPS?

SPS affects at least 1 – 2 people in every million and is more common in women than men. It usually occurs between ages 20 – 50 years old and is extremely rare in children.

What is the cause of SPS?

The normal immune system makes antibodies which recognize and help destroy foreign bodies. People make billions of antibodies. However, in SPS, a few antibody types are abnormal. Since this disorder includes abnormal neuronal (nerve cells) function and abnormal antibodies, it is considered a neuro autoimmune disorder.

How long does it take, on average, to diagnose SPS?

Based on several expert reports, SPS takes on average five to seven years to diagnose. Since it is so rare, very often it is not recognized by medical providers. Neurologists, especially movement disorder neurologists, neuromuscular neurologists, and neuro immunologists are the usual SPS experts.

Is there just one type of SPS?

There are different types of SPS, generally categorized based on their clinical findings, including which parts of the body are most involved. The different SPS types may also have some differences in their etiology.

Most people with SPS have at least some degree of disability, and many are very disabled. The disability can range from difficulty walking and frequent falls, to the physical and emotional disruptions of chronic, significant pain, to being bedridden.

Are there treatments or a cure for SPS?

At this time, there is no cure for SPS, and a medically approved treatment is not available for this rare disease. A SPS wheel chair-bound patient under the care of Dr. Ashraf Hanna was offered help with his iv ketamine infusion protocol.  This treatment was a success, completely changing the patient’s life by significantly relieving his symptoms and allowing him to became functional. This case is pending a peer reviewed publication and it is the only case of stiff person syndrome that showed improved with any treatment.